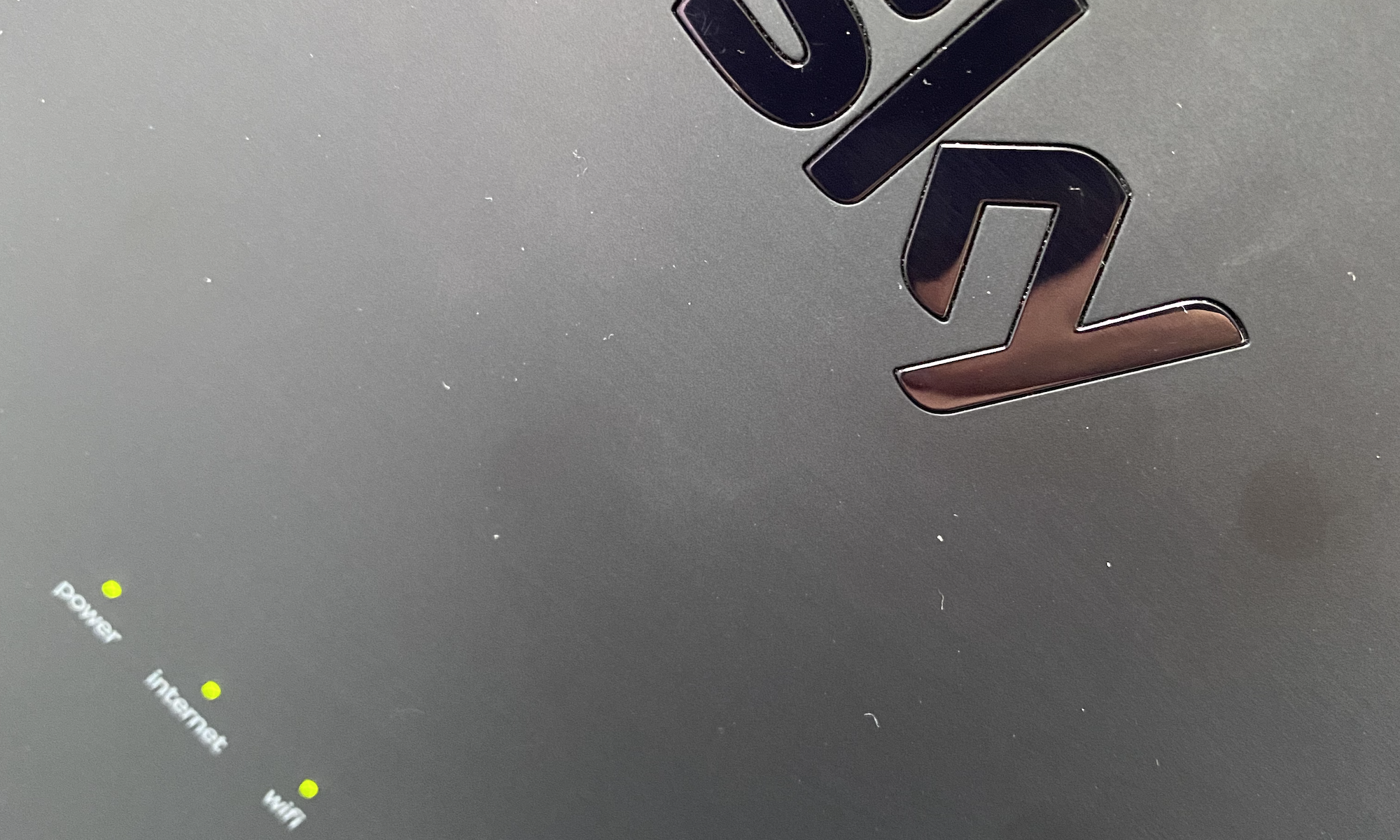 I have a Sky broadband connection with fibre into a Sky Router / Sky Hub. I have noticed very short outages of internet service with increasing frequency recently. The outages are short, maybe around 3-5 minutes long but these are annoying enough in the middle of an online meeting or some other synchronous activity. Sometimes two or three of these short outages occur in a relatively short time frame.

There did not seem to be a correlation to temperature, or even usage. In other words, the device doesn’t seem to be crashing because it is overheating under load or ambient temperature.

It turns out that some enterprising engineer took the decision to embed crash or reset data in what is perhaps a surprising place, or at least a surprising place for easy user access. If one backups the router configuration settings to a file, the result is an XML file that includes two interesting stanzas towards the end.

Now the X_SKY_COM_DEVICE_DOCTOR also looks quite interesting, but the piece for us right now is the X_SKY_REBOOT_CAUSE. You will note in this case that the RebootInfo data contains the following:

Which is interesting if not encouraging. For those not in the know a kernel panic indicates a type of crash in the base operating system of the device. It could be caused by faulty software or in this case firmware in the device, or it could be caused by some hardware problem. In Sky’s case firmware updates are highly automated. It could easily be caused by a firmware bug, but in that case it would likely be experienced by many customers. The smart money if that’s not the case might be on faulty hardware.

Importantly, even if there is some problem in the broadband provision coming from the fibre, the router should not panic or crash – it should just deal with the problem, reconnect when possible and move on. That would be obvious in the device logs.

I called Sky to report this, and the first conversation wasn’t too productive if it wasn’t surprising: the request to turn the device off and on again. Not bad advice, but not successful. I got told to do a total factory reset – which was a time consuming pain, and didn’t fix the problem.

By this point, I’d started to write a very small Python script to automate extracting the crash data and time-stamping it, if the backup file was download by hand. To complete the script I really need to automate the web request part – which I haven’t attempted yet as it looks like I need to handle the session data – not insurmountable, but a bit of work. Here is that short unvarnished script.

So, to use this, one logs into the sky router (probably browse to http://192.168.0.1 or whatever address your router is on from within your network) – go to Maintenance and Backup Settings. Drop the saved file in the same directory as the script, and run it. I was doing this periodically to check for crashes I had not witnessed. It will save any new data into a file with the timestamp as a filename in the same directory. Crude, but it works.

Armed with a number of crash events I called Sky back. What followed was a highly frustrating conversation for all sides, where I was advised that I had to plug the hub into a different electrical socket. I duly did so, and incidentally noticed that the hub records a different reason for the reset.

In other words, the hub notes when it was power cycled. To the surprise of virtually no-one, changing the socket the hub was plugged into did not prevent the crashes. My script detected another one just before 2 am yesterday.

I called Sky again and finally had a constructive conversation – they are sending me a new hub to test. Hopefully this will solve the problem. I doubt it’s a firmware issue or it would have been more widely reported.

I think I will probably try and bite the bullet and use Python to download the backup file too. If I can get that bit working I can rig the whole thing up to cron to check for crash data automatically. New hub or not, keeping a track of these crash events would be useful.

It’s curious that the hub obviously does this hard work of storing crash data, but this doesn’t seem to be transmitted to Sky which would really help them diagnose problems when customers call.

Unfortunately a new hub has not solved the problem, so it looks as though it may be a firmware problem after all. I have collected some more messages that might be in the reboot reason. Here is my list so far: